Mountains on my mind!!

Mount Cook, from the air, courtesy of New Zealand Air flying us over the range. South Island, New Zealand.

It may be climbable.. but I’m not signing up for it anytime soon!

It’s been a while since I was at the airport, staring dumbly at the departures board, watching flights get canceled. I was did just that in January, at Heathrow.

I should have known something was wrong when I couldn’t, from the night before, until I got on the bus to the airport, check in on-line, when I never had a problem before. The notice came to my email about 2 hours before scheduled flight time, when I should have been checked in and past immigration at the airport.

I rebooked to the last flight out, but the desk agent warned me that the flight schedule was not looking good. Sure enough, after four hours in the lounge, I saw my flight canceled. I know it’s snowing- I’m watching the plowing through the window. But, surely, while the snow fall was more than “flurries” it isn’t, in my New Englander experience, considered “heavy.”

What was most disturbing was British Airways was the only airline canceling. All the other flights were taking off. Few with much delay. Don’t tell me BA pilots don’t know how to fly in inclement weather… if that were the case, I would seriously question the quality of the airline.

I couldn’t resist. I asked the customer service agent what the problem was.

I never thought I’d be so relieved to hear this explanation:

Because Heathrow’s landing and take off slots are so tight, the inclement weather slows down the throughput. As a result, British Airways, the major and local airline takes the brunt of the cancellations.

So, tucked that little bit of knowledge for my future planning and had a full refund issued for my canceled trip. Lesson: In the winter, fly foreign airlines out of Heathrow.

Let’s be clear. If it snows, I’m the first one out the door as soon as I can dressed. Sometimes even without all the proper layers. None of that curling up in front of a fire with a good book silliness. In a way, I chase the show.

This winter, I chased it going 3000 miles away to the 62nd Sapporo Snow Festival to get my snow fix.

As an extra bonus from Mother Nature, it snowed, heavily, the night I arrived. Boy, did it snow for my first night here. Big fluffy fat snowflakes that literally pile up on your head. 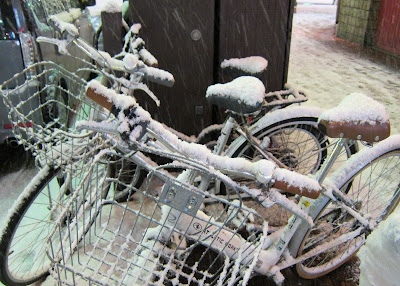 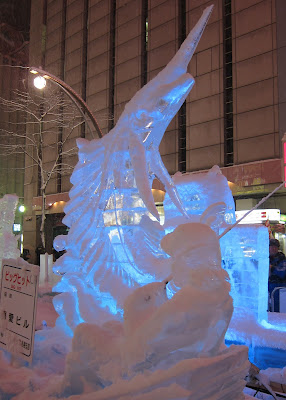 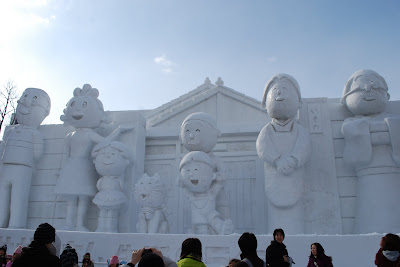